A Manufacturing Career at SPM Offers Personal and Professional Growth 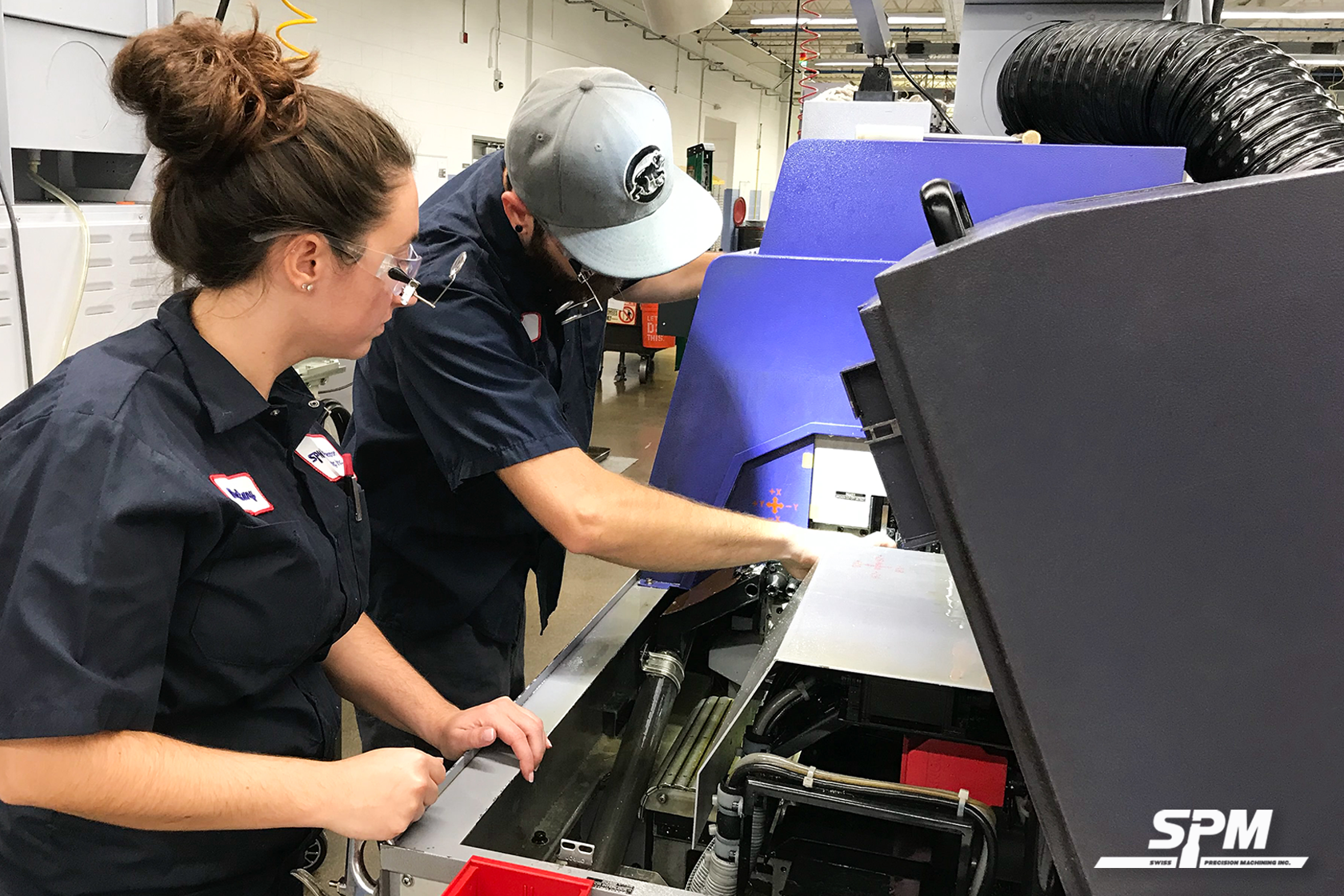 As famous as the Disney company is now, there was a time when they were struggling to make ends meet. But Walt was convinced that investing in his employees would give him the edge he needed to set the standard in animation. “The first thing I did when I got a little money to experiment,” Walt recalled, “I put all my artists back in school.”

Walt was an unconventional thinker for his day. A generation or two ago, career paths were less flexible. It was like starting down a river on a raft and being deposited at the other end 40 years later. Today, the paths have multiplied and whether you’re looking for your first job or your tenth, it’s important to understand what opportunities are available.

The average person spends about one-third of their life at work, thinking about work, and getting to and from work — more than any other activity. Finding meaningful work is one of the most important investments you’ll make in yourself.

At SPM, we believe that our employees’ success should be limited only by their own ambition, drive, and perseverance. For that reason, we’ve put a great deal of thought and planning into how our motivated employees can create the career they want for themselves.

If you’ve decided that a manufacturing career is right for you, one of the best places you can start and grow your career is at SPM. We care about our employees and offer stable careers and access to continual growth, advancement, and learning opportunities. In an earlier blog post, we outlined 10 attributes of people who are likely to find satisfaction in manufacturing. If that person is you, once you’ve been hired we’ll ask you how you would like your career to develop. We want to learn the direction you wish to go and work with you to narrow the opportunities you want to pursue. Then we can structure your professional experiences so that you can master your current job and be promoted into new jobs with more responsibility.

For any career path at SPM, you can start at entry level. Then you can decide whether to pursue an engineering path, a supervisory path, or a quality control path.

For example, one of our senior engineers started with us as a secondary operator doing sandblasting and threadrolling. Next she became an operator, learned how to run the machines, and mastered their more complicated aspects. After that, she became a setup person and decided she wanted to go to school to become an engineer. She exceeded expectations, proved herself, and now she is one of our top senior engineers.

We have a number of people who started out as secondary operators, learned the operation, now they are doing setups. It’s not necessary to have a degree because the knowledge you gain as you progress in your career gives you the expertise you need.

There are other pathways in quality control. Employees who want to pursue that path start as a basic inspector and work their way toward becoming a lead inspector and then a quality engineer. This career path attracts people who enjoy complex analysis and programming precise measurements for precision parts.

Those who want to move into management will also start as an operator and move into setup before taking on supervisory responsibilities. For example, our current Production Manager began as an operator and worked his way up to Production Manager, a role he has had for a few years, and he also oversees our facilities. It’s a challenging role because we are running two shifts with 130 employees.

The best people want to know what career paths are available and that we will invest in them. At SPM, if you start as an operator, you don’t have to remain an operator because we want to promote from within. Those who desire the opportunity to improve themselves and move up can do that.

In addition to on-the-job training, we offer a paid education benefit to advance employees in their careers. You’re eligible once you’ve been with us for a year and the education has to be related to the job; for example, if you’re an operator, you might take engineering courses.

We make employee development a priority. This benefits our company, our employees, and our customers. We have successfully differentiated ourselves from other precision machining companies this way. We are proud to have retained key workers for decades, while many other companies only want to hire operators. This approach has avoided much of the cost of voluntary turnover, including lost productivity, lost knowledge, lost relationships, and overworked staff.

We invite you to consider a career in precision machining and especially with SPM. Here you are in charge of your “ladder” — where you put it, how long you leave it there, and how high up you climb.